In the United States, around 20,000 people each year kill themselves with a gun.  As many people die from gun suicide every day as died in the Las Vegas massacre.

We could save lives by allowing people who fear suicide to make it more difficult for themselves to buy a gun during a suicidal crisis.

Before you can buy a gun from a dealer, the dealer must currently check to see if your name is on a national list of people prohibited from buying a gun (for example, convicted felons).  This process usually takes just minutes and in most states, if you pass, you can immediately walk out with a gun.  My proposal is to allow individuals to put their own names on the list and thereby prevent their own future gun purchases.

The voluntary and confidential sign-up process would include identity verification to avoid fraud and forgery.  There would also be an option to change your mind and have your name removed from the list by making a request and simply waiting 21 days. 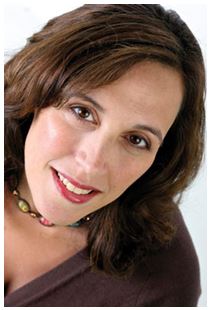 bought a handgun and used it to kill herself the next day.  Aged 48, she left behind a husband, two children, and a successful career as a law professor.  Hanna had been privately battling severe depression.  She had twice voluntarily admitted herself to a hospital for psychiatric treatment.  In doing so, she gave up much of her liberty in an effort to get better.  One right she was not allowed to give up was her right to buy a gun.

“I think she would have signed up for this,” said her husband, Paul Henninge.

● Buying a gun is associated with an increased risk of suicide. One study found that the suicide rate among recent gun purchasers was 57 times the overall rate,[2] which translates into hundreds of suicides each year.

● Some who had signed up for the proposal would probably attempt suicide without a firearm, but the other common means of attempting suicide are much less lethal.[4]

● Surviving an attempt usually makes all the difference. The vast majority of suicide attempt survivors go on to die of something other than suicide.[5]

Banner art: John William Waterhouse, Ulysses and the Sirens (1891).  Ulysses ordered his men to tie him to the mast of his ship to resist the Sirens’ deadly song.